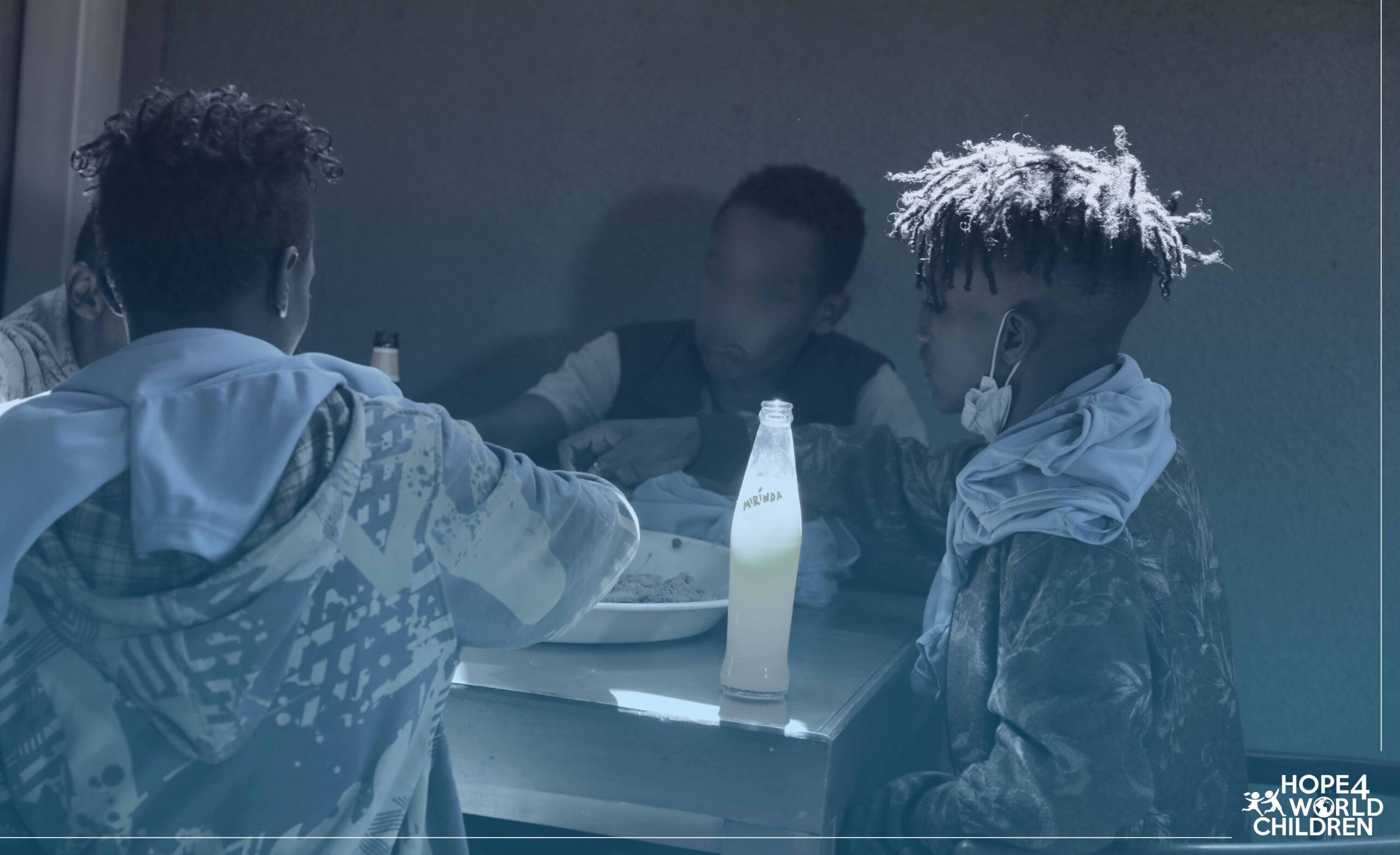 Let us bring together much we can to lift this homeless street children living in Addis Ababa.

The world population is increasing from time to time, at the same time the
hopeless children’s number is getting worse, plus this pandemic crisis forced
numerous families to loss their hope to live. Even though the COVID-19 did not
hit most third world countries like the others, the consequences affect several
hopeless children in Africa, Asia, and Latin America. Hope 4 World Children been
trying to reach out to those who need our support.
Ethiopia is one of the countries in East Africa and which is the good example to
understand the situation in third world countries. Ethiopia is experiencing a
growing number of children living on the streets including in small cities in the
rural areas. Currently, more than 150,000 street children in the country, it is a
desperate situation and need physical, mental and psychology support. Only in the
capital city, more than 40,000 street children are engaged in begging to earn their
livelihood. Different reports indicate that more than 70% of those children are
from extreme poor family who are unable to finance and/or support them due to
poverty. These figures are only the children who be homeless with or without the
families.
Some of the issues that force these children to join street life include lack of
parental protection and support, escaping from war zone or conflict region and etc.
Majority of them lost one or both of their family by disease like HIV/AIDS,
famine, conflict, war, etc., and end up on the streets of the cities. Based on the
different studies we have made, some of the children are completely lost the
attachment with their family and/or relatives. But not that many have attachment
with their family even though they are living on the street as well. These children
are highly vulnerable group in the community. They are socially excluded and lost
human dignity. Police treat them as an enemy. Because the communities have
considered them as naughty, criminals, dangerous, etc. They are the most
misunderstood and chronically neglected; they are physically, mentally, and
sexually abused; they are demoralized, voiceless, hopeless, traumatized, and
abandoned children who need our care and attention.
Due to the tremendous situations, some of them are exposed to diseases like
Hepatitis B, and HIV/AIDS, also exposed to various challenging addiction
including smoking, chewing chat, sniffing benzene and glue etc. Those children

saying sniffing glue or benzene help them to stifle hunger, numb them to resist the
cold at night, and help them to handle with pain when they beaten by the police.
Most of the time, the government take them to nearby towns or leave them in the
field to clean the street in the city when the country host African Union summits or
during large International gatherings in the capital city of the country, Addis
Ababa.
The H4WCH studies in the city of Addis Ababa indicated the street children are
surviving by begging to get their daily bread. This is their day-to-day activity. They
are also engaged in survival sex. They mention transactional sex as the major
source of their income. Countless street children mention that they do not have
option other than living an ugly life, including having sex with strangers and rich
people in exchange of food and other stuffs.
The street children also participate in sifting through garbage to collect recyclable
materials such as plastics, papers, and metal. In their early age cleaning cars, petty
vending, shining shoes, carrying heavy loads by bags over their shoulder to get a
basic need like bread. They live on streets, eat on the street, sleeping under the
bridge, passing the day on the sun and suffering from the cold at night. They are
suffering from rain during rainy season; they do not have any roof to sleep in it and
no cloth to cover themselves. It is incredibly sad seeing lot of teenage girls caring a
baby, you can imagine those children never seen a doctor or never get a vaccine at
all.
They prefer to be out of such kind of life if they get assistance. They face the ugly
life to survive and to see tomorrow. Many of them prefer to go to school if they
have a chance instead of begging. But school is impossible without the parent or
guardian who has the government ID. There is no any government program or
system implemented to consider street children.
They need physical, psychological, and social support. The community in which
they are living are unable to meet their basic needs. It has negative consequences
including violent conflicts, severe socio-economic crises, distraction of normal life,
separation from family, etc. Their basic needs are food, shelter and school access.
The good news is that, if we stretch our hand to them, and/or if we come together,
we can make a different in the lives of these hopeless and challenged children. Let

these children celebrate the life! Each of us can pull out a child from the street of
the cities around the world. We can make a difference today in their lives!