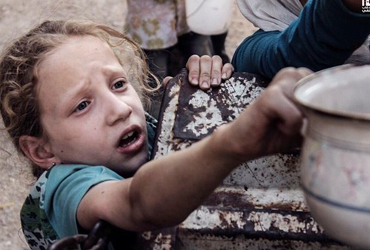 The conflict in Yemen and Syria made the countries one of the most significant humanitarian crises of our time. The countries are particularly difficult for children, pregnant and lactating women as access to curative and preventive nutrition are currently insufficient. Children are exposed to long-term damage caused by malnutrition in the two countries. It was reported that more than 462,000 children suffer from acute malnutrition, 1.7 million children need urgent care. Children in these areas are 11 times more at risk than other children(UNICEF, WFP). This situation requires the attention of the international community as it can leave long-lasting damage on the lives of children which eventually makes them unproductive.

The donation directly goes to the emergency response both to Yemen and Syria where the feeding of 462,000 children suffering from acute need of food, boosts the immunity of 2.2. million children by providing vitamin supplements in Yemen and for 3.1 million children under five years and 1.6 million pregnant and lactating women require nutritional support in Syria(UNICEF).

Besides, they need provisions of tents and food supplies where thousands of children face winter without shelter,  blankets, heating fuels, etc.